Nathan And Paige Go To Camp 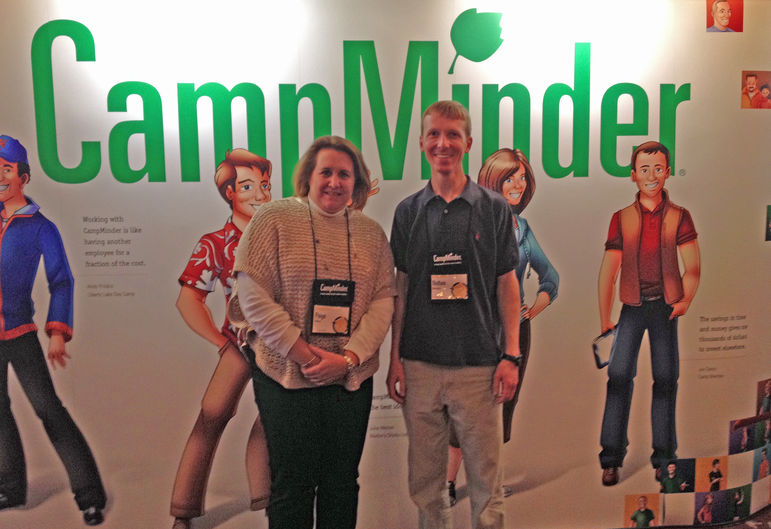 Nathan and Paige recently joined 400 other representatives from camps all over the world for the annual CampMinder Camp in Boulder, CO. They participated in sessions to learn about best practices in the camp industry and new things about CampMinder, the system we have used for seven years for camp operations and parent communication. Nathan was recognized several times as CampMinder’s “6 year” camper—their longest time camper. Way to go Nathan! We are looking forward to implementing some new ideas to prepare for Summer 2014! 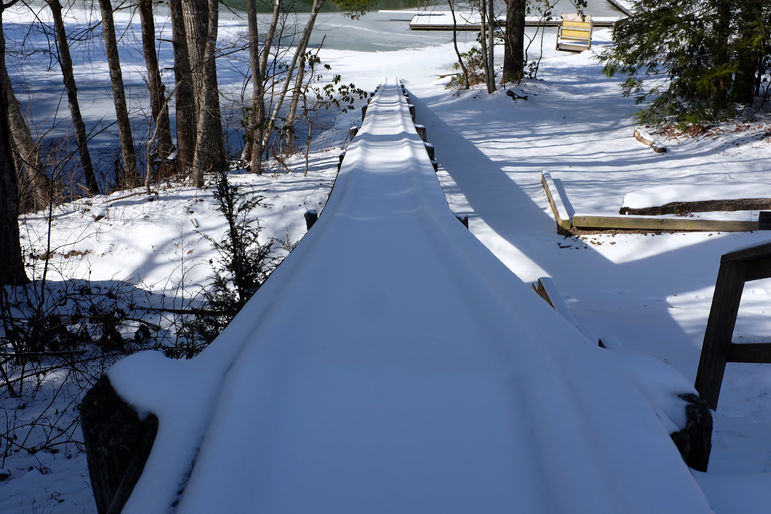 Roller Coaster in the Upper Lake 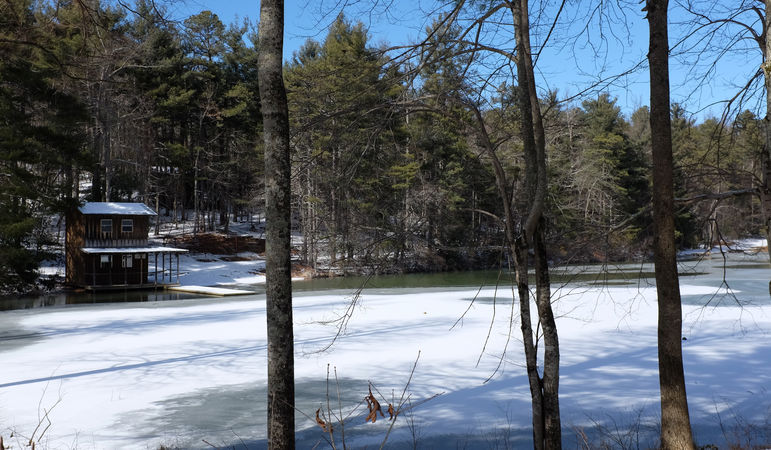 Yak Shack on the Lower Lake 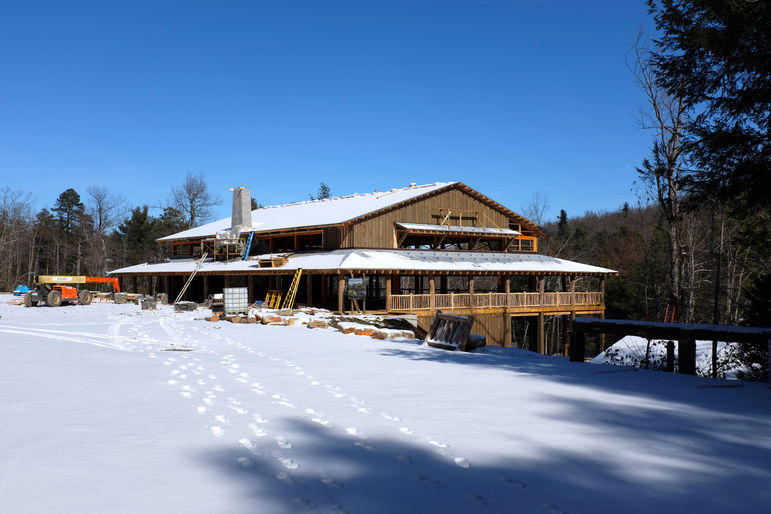 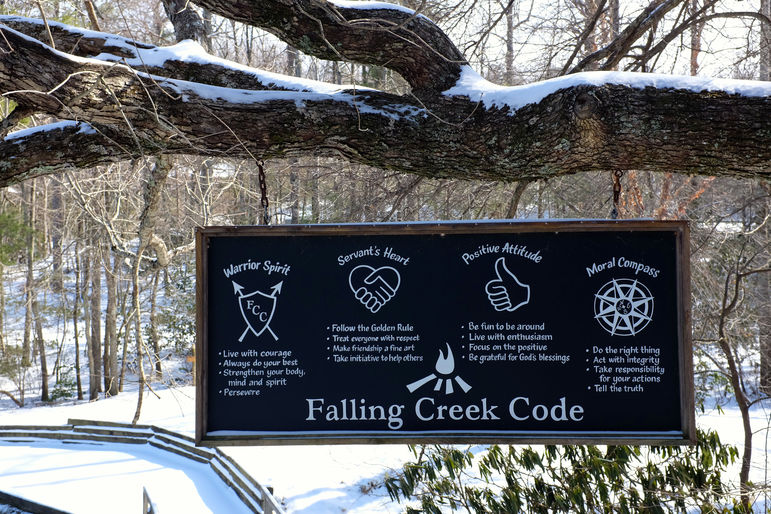 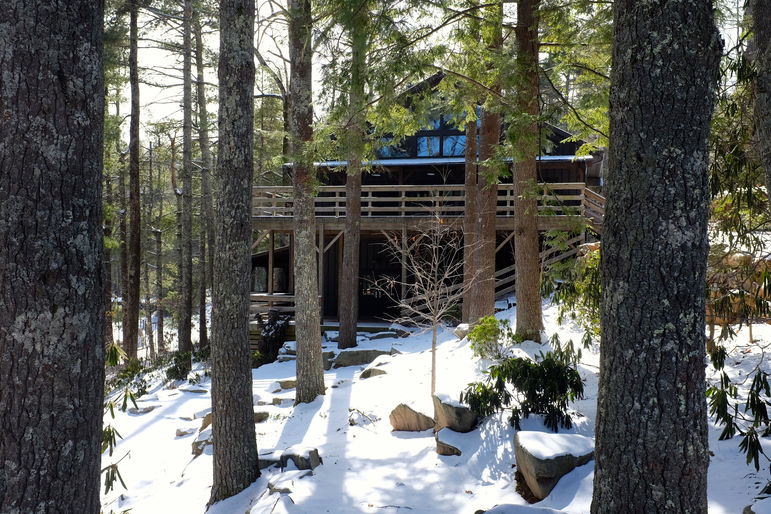 Steve Longenecker continues his care of Birds Of Prey 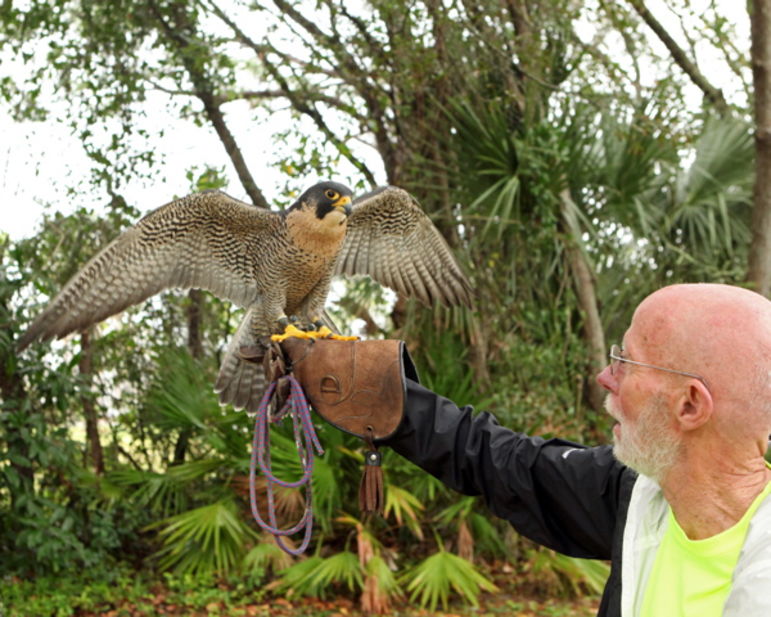 “When I took a short trip to my family’s home in North Florida this past week, I left all the other birds in the care of a Scoutmaster/friend here in Asheville, but took “Sage” with me. I can’t leave this special friend in someone else’s care, especially at her advanced age.

A nature writer/photographer wanted to do a story about “Sage” for the Jacksonville newspaper. We met and he took several photos of her. Here are just two of those:
“Sage” will have been with me three years in April of 2014. She’s been seen by thousands of school children, Boy Scouts, summer campers and others since placed in my care. She has been the “star” of my programs all that time and I treasure every day I awaken and find her “talking” to me and flapping those glorious wings!

How much longer will she be with me, I don’t know. Nobody knows, I guess. She, like all the raptors in my care, have brand-new pea gravel in their mews and on the trails connecting the various enclosures. Three owls, three hawks and two falcons occupy a lot of space here at my place in Asheville.

Sage’s story (being a “Runway Bird” in Indianapolis) seems to fascinate my audiences. I tell them that this single bird has saved millions of dollars-worth of airplanes and possibly thousands of human lives because of her ability to frighten-away flocks of nuisance birds from the flight paths of planes leaving or landing at that one airport."

The story recently ran in the Florida Times-Union

A High School Senior Reflects On His FCC Experience

Attached please find an essay that I wrote for a college application, which connected my expected pursuit of engineering with my blacksmithing experience at Falling Creek. The prompt was “Tell us about a person who has influenced you in a significant way.”

College Essay:
“Fleas of Hades!” bellowed George Matthews, master blacksmith, gesturing at the tiny fireworks spontaneously emerging from his iron bar’s lemon-hot tip. We fifteen-year-old apprentices exchanged sideways glances. Was this watered-down profanity or an anachronistic interjection? Ultimately, it proved to be neither.

Fleas of Hades are burning particles that flit from a superheated bar. According to George, these pyrotechnics indicated that the bar had cooked too long and should cool briefly before being worked. While ancient blacksmiths may have cursed the Fleas as vengeful spirits, I was simply fascinated and baffled.

More mysteries emerged as I labored at the forge. George sternly warned me not to quench – douse with water – higher grades of iron, because, as he gleefully demonstrated, they would become brittle and shatter. I learned to gauge temperature by color of the bar – lemon indicated ideal temperature, while anything hotter spewed Fleas.

This art, blacksmithing, is the manipulation of energy and matter for a functional and beautiful result. George shapes metal with full knowledge of how it will respond to his influence, but his expertise is not only a result of the vast repository of past trial and error which he also possesses. George is a scientist.

My curiosity piqued by the fleabite scars I had just obtained, I stayed late one day to ask George why the Fleas of Hades phenomenon occurred. He explained that the Fleas were not iron, but carbon: tiny impurities in the iron bar, dissolved during smelting, that strengthen it. At sufficient heat, the iron bar becomes permeable to oxygen’s entry by diffusion. Upon contact, the carbon ignites. The expansion of the released carbon dioxide within the metal propels the carbon specks like a miniature jet engine. The carbon flies briefly, burning.

George’s explanation of a visually dramatic phenomenon on an atomic level galvanized my interest. I returned home overflowing with boyish excitement, having broken through a mental barrier. I saw clearly that an invisible set of rules governed every object in existence. George mastered some of these laws, as has every blacksmith before him, from the first bronze weaponsmith to Henry Bessemer and his steelmaking process, and it gave George the power to mold metal into useful and elegant forms. This epiphany had implications beyond blacksmithing, generating a great enthusiasm for the insights science classes granted into the workings of our world. Sadly, no science lab thrill has ever topped opening a blast gate, feeling the heat soak my skin, and removing the iron to hammer the blade of a tomahawk.

My education has provided me with answers to questions I would once have asked George, but he set me on the path to find them myself. I now know not to quench high-grade iron because rapid temperature decrease locks the molecules in a brittle crystalline structure. I have learned that iron’s emission spectrum governs its color progression, as hotter iron releases higher-energy photons with shorter wavelengths, the change terminating at white when photons of all visible wavelengths are being emitted. Most importantly, George’s example taught me that knowledge truly is power. I want to gain the power to design airplanes through aerospace engineering, and if I learn to sculpt an airfoil with half the grace with which George sculpted an iron bar, I will consider my education worthwhile.