Nathan, a native of Texas and graduate of Texas Christian University began his Falling Creek career in 2001. After many summers serving as cabin counselor, tribal leader, and head of waterfront, Nathan joined the year-round team as Program Director in 2008. Capitalizing on his many skills, he will now shift his energy to ensuring smooth day-to-day operation of camp.

Over the last few years Nathan has been responsible for many improvements at Falling Creek; including publication of newsletters, The Green and Gold book, website design, and online features for camp families and staff. He is definitely our go-to-guy for all things “tech-y.” Nathan’s knowledge of Falling Creek combined with his skills in system’s design and management continues to move FCC to the high bar we set for ourselves…. “takin’ it to a whole ‘nutha level!” 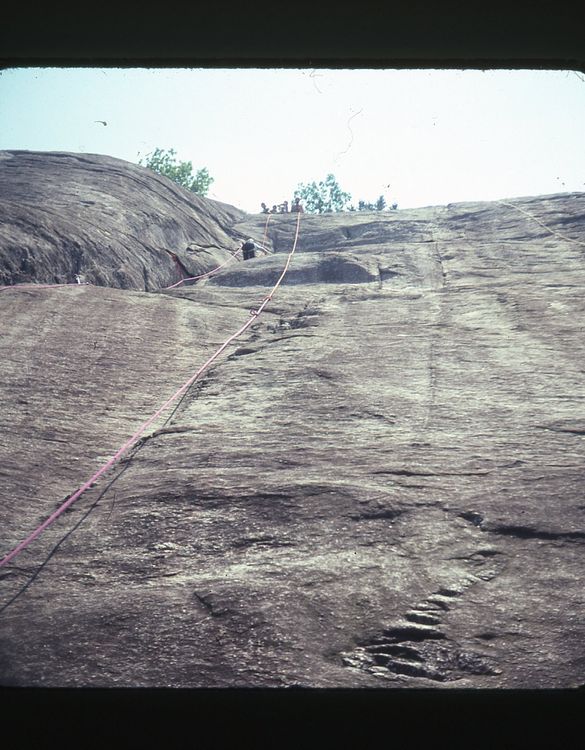 Climber's view up Gilberts Rock in 1978

We are pleased to have been able to recently acquire a wooded tract of land encompassing Gilbert’s Rock, an integral part of Falling Creek Camp’s progression-based climbing program. This was a smooth transition from previous owner, Chuck McGrady/Taproots Corporation, Director Emeritus of Falling Creek. This will allow FCC to continue to meet the high instructional level that we have become accustomed. Parts of Gilbert’s surface are highly featured and allow ample hand and foot holds for new climbers, making it a great place for teaching. 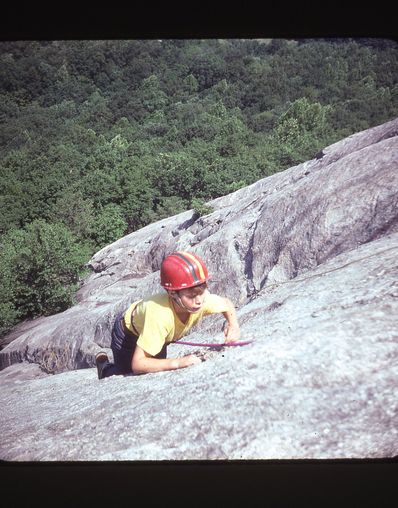 Reaching the top of Gilbert's Rock in 1978

The long tradition of climbing this beautiful rock began when area rock climbing pioneers Steve Longenecker and a friend (Wally Wallace) made the first ascent as technical rock climbers in 1965. They also were the first to christen it “Gilbert’s Rock”. Local residents called it “Tater Knob” and certainly must have climbed it as a dare many years before Longenecker and Wallace discovered the rock face. Yates’ first rock climbing experience was on Gilbert’s in 1978, with Steve, when he attended June Camp.

Although, recreational climbing by individuals is not permitted, approximately 16 camps and organizations in the area will be offered continued use. Ultimately, all the campers served will benefit from the rewarding feeling when they reach the top!

Susan Frame, camp’s Registrar extraordinaire, is moving on from Falling Creek after 22 years of service. She is active in church and community activities and may even get in some golf with her husband Charlie, but she is adamant that she is not “retiring” in the normal sense.

Her son’s business may even keep her hopping, as Sam is the Founder and President of Titan-Pro Drumsticks, the world’s first 100% Green Drumsticks made from recycled carbon fiber. They have received high praise from the industry.

Susan has been a valuable member of the Falling Creek Camp family and the first person you speak with when contacting camp. She voiced that she will miss talking on the phone with camp families that she has developed a strong relationship with over the years.

I know you join us in wishing Susan well in her future endeavors. 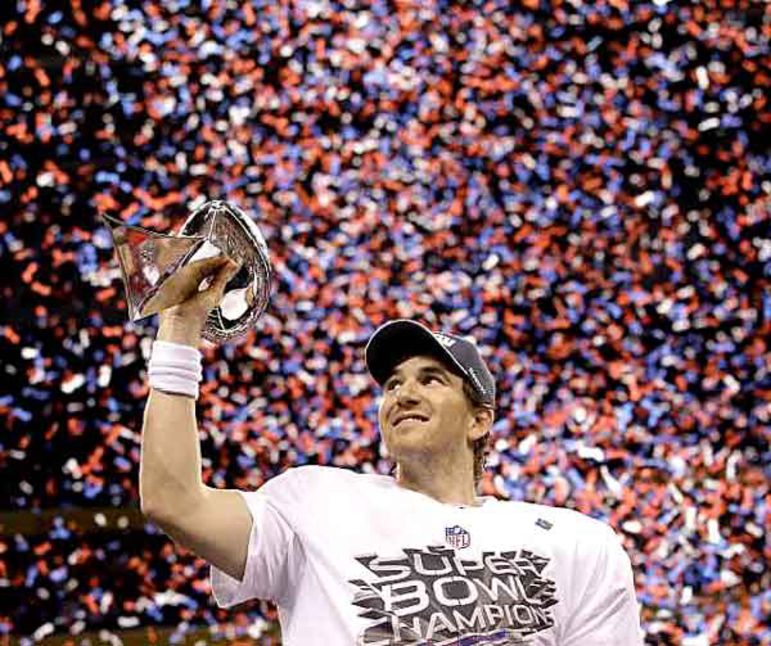 Falling Creek Camp sends a big Congratulations to Eli Manning (FCC Camper in the early 1990’s), and the NY Giants, for their 2nd Super Bowl Win over the New England Patriots.